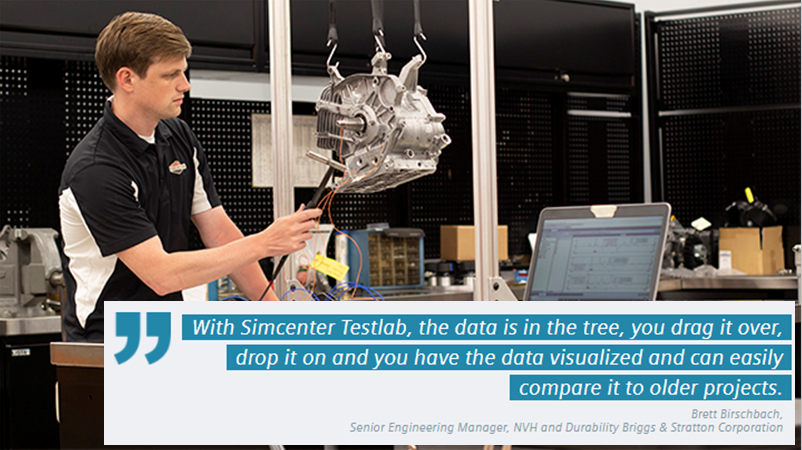 Simcenter Testlab Tokens: What are they, and how do they work?

With the release of Simcenter Testlab Revision 18 and higher, the number of software modules that can be accessed via token licensing has increased. The token licensing was expanded to include data acquisition and additional analysis capabilities.

What is token licensing?

Unlike a fixed item licensing, where only specifically purchased licenses can be used, the Simcenter Testlab token licensing option allows users to run any combination of token-enabled software modules as long as the total amount of available tokens is not exceeded.

* Unless purchased on a yearly subscription.

How token licensing works, and some examples, are covered in the next sections.

An analogy with a library can be used to explain how token licensing works (Figure 2).

Figure 2: Just like a library allows books to be checked out up to a certain maximum, token licensing allows any token enabled software module to be run up to the maximum number of tokens.

Simcenter Testlab tokens works in the same way with its software module library. Token licensing provides a similar system of “checking out” certain analyses or acquisition modules. This allows for flexibility and added capabilities that a fixed license approach does not permit.

A test team decides to purchase 120 tokens to perform impact testing, modal analysis, and sound diagnostics. Table 1 shows a list of some key modules used for this type of testing and analysis. A more complete list of token-enabled licenses is at the end of this article.

Table 1: List of modules needed with their token values

First, the engineer will perform impact testing to gather FRFs for a modal analysis.

The engineer acquires FRFs using a SCADAS system. To do so, they turn on the Impact Testing function (25 tokens) and Front End Driver (12 tokens). Front end driver is needed only for acquisition, not analysis. This gives 83 tokens available to use on other features.

Table 2 shows the licenses being used highlighted in green.

Once the data is collected, the engineer will perform modal analysis. Therefore, the acquisition modules will be turned off, then Modal Analysis (77 tokens) will be turned on along with the optional Maximum Likelihood Estimator for a Modal Model (MLMM) to assist with their analysis (26 tokens).

This is done from the main Simcenter Testlab menu under “Tools -> Add-ins” as shown in Figure 3.

Figure 3: Modal Analysis and MLMM turned on in Add-in Menu of Simcenter Testlab.

Shown in Table 3, there are 103 tokens in use, with 17 tokens that can still be used to turn on other modules.

Then a pressing sound quality issue comes up! The chief engineer needs results immediately! The engineer can turn off Modal Analysis and MLMM, restoring all 120 tokens, and then run Sound Diagnosis (62 tokens) instead. The token amounts required are shown in Table 4.

As seen in this example, 120 purchased tokens allowed an engineer to change instantly between different types of acquisition and analysis as needed.

Read on for more examples!

There are several different options for how tokens can be configured and accessed. They can be locked to a moveable USB key, or float on a networked license server:

A user can check out as many tokens that are assigned to the USB key plugged into a computer. Multiple USB keys can be shared across a local team of engineers. Multiple USB license keys can even be used on one computer simultaneously.

Multiple desktop and tokens can be placed on a computer server on a network. Any computer attached to the network can access these licenses. This enables entire test teams in multiple locations to share tokens.

Examples of Moving from Fixed Licenses to Token Licensing

Some additional examples are explained below.

In this example, by switching to tokens, conflicts and lost time are avoided due to a single fixed license of impact testing acquisition (Figure 6).

Without Tokens: A team of test engineers shares three USB license keys. One engineer needed to perform impact testing, however, only one of the USB keys had the license for impact testing. One of the team members accidentally took that USB key home and went on vacation for a week. Now that engineer has to wait until the team member comes back before doing the impact measurements.

With Tokens: The same team of test engineers share three USB license keys with a Desktop license and 90 tokens assigned to each key. One engineer needs to perform impact testing, so they can grab any of the USB keys and are able to start Impact Testing with the Frontend Driver (12 tokens) and Impact Testing (25 tokens) add-ins. There was no need to search for a specific USB key or wait until another engineer was finished.

In this example, by switching to tokens, a vibration testing laboratory is able to take on a wider range of vibration control tests (Figure 7).

Without Tokens: In a vibration lab with several shaker systems, 95% of the tests are run with standard random, shock or sine testing. Occasionally, a test request comes in that requires a more complex test, such as sine on random or random on random. Because these licenses had not been previously purchased, these tests had to be turned down, or sent out to another lab. Management did not want to have a license that was only used on rare occasions.

With Tokens: With a Desktop license and 60 tokens for each vibration controller, this lab can run the complex tests in-house without having to send work out to another lab to get it done (example: Testlab Desktop + 12 token frontend driver + 22 token random control + 25 token sine on random). Using tokens, they were able to offer additional services as well, for example, Mission Synthesis (24 tokens) for Power Spectral Density profile development.

In this example, by switching to tokens, an engineering group (Figure 8) avoids lost time due to license unavailability.

Without Tokens: A global test team has a Simcenter Testlab license server with fixed licenses that they all access and share. They have three fixed licenses of Time Signal Calculator to perform analysis. Sometimes, five engineers want to use Time Signal Calculator. When this happens, team members are forced to wait to process their data until their coworkers are finished using the licenses.

With Tokens: The team switches to several Desktop licenses and 400 floating tokens on the server. Five engineers can run Time Signal Calculator (26 tokens) at once. Or they can run five copies of Operational Deflection Shapes (28 tokens) at once. Or three copies of Operational Deflection Shapes and two copies of Time Signal Calculator at once. The tokens permit any combination of software modules to be run as needed (up to the available token limit).

There are more than 50 different tokenable software modules, from Human Body Vibration to Operational Modal Analysis to Transfer Path Analysis. The token licensing is structured as follows (indents indicate pre-requisites):

For more information about Simcenter Testlab tokens, feel free to reach out to ismail@dagtech.com.my or contact hotline@dagtech.com.my